GET DIY UPDATES Receive our latest posts and get more tips and tricks.

No one can deny that 2015 had record rainfall for at least 20 states in the U.S. With that kind of precipitation, wouldn’t it have been nice to have one of these rain barrels already built, situated and set to go? According to CNN, May had the most rain ever in the United States:

Three states — Colorado, Oklahoma and Texas — set record totals for rainfall in May. In Oklahoma and Texas, where flooding killed dozens, precipitation was almost two times the average and the most in any month ever. 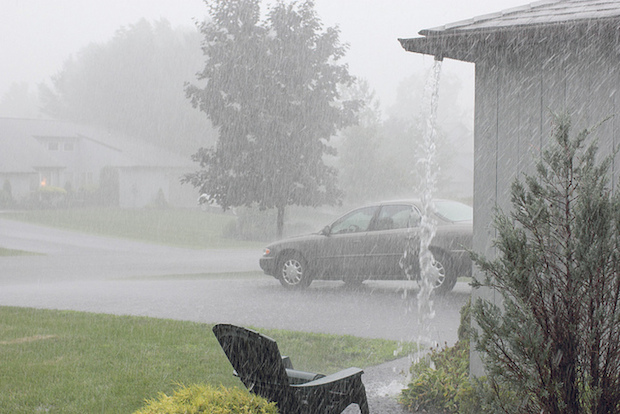 One of the waterways in that area of the country affected by the rain is the Red River, which begins in Texas. It also touches Arkansas, Oklahoma and flows into Louisiana. As of Wednesday, it was cresting at 37.05 feet in Shreveport, Louisiana, well above flood stage.

Louisiana and 16 other states were wetter than average last month, the center said. Before May, 37.4% of the United States was in drought, but as of June 2, only 24.6% is in that condition.

If only everyone in those states had multiple rain barrels to preserve water in anticipation of the over-100 degree weather in those southern states in August, think of the savings! Imagine catching all that water falling from the gutter to use in times of need and not having to pay for it!

So, why wait? Check out the video below to learn how to make your own rain barrel! This is an excellent video by Okanagan WaterWise.

Click here for a pdf of instructions. Or check out these really cool instructions prepared by Cornell University Cooperative Extension of Onondaga County where pictures can be worth a thousand words!  For a more simplistic set of instructions for the minimalist, check out the instructions over at Better Homes & Garden. A comprehensive short list can be found at United States Environmental Protection Agency.

Here’s to giving your plants some love with your awesome new rain barrel DIY project! Interesting how the rain water feeds the plants and the plants create a beautiful environment around the barrel. 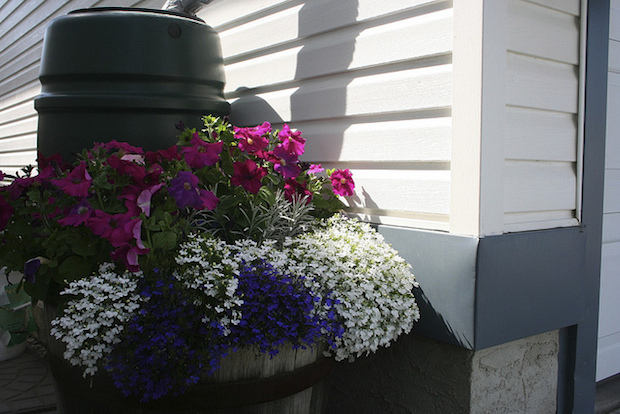